It’s normal for people in the tech industry to move around the globe in search for better jobs, or even just move around for the sake of moving around, the popular Digital Nomads™. I didn’t know exactly what I wanted to do with my life, but I knew that eventually I would leave Brazil to live abroad somewhere.

Around 2016 I started working in some personal projects and publishing them on Github, like the Magento Chatbot extension for Magento and the Contract Builder, which I made to try out VueJs and to help a lawyer friend to create new contracts faster.

I was also always looking into hackathons to participate, just for the sake of improving my skills, practice my English and meet new people in the industry, in those search I found out about VanHackathon, which was a hackathon made by VanHack so me and a couple of friends decided to join it and make a chatbot integration for Shopify (we even made a promotional video for it), and for that we ended up winning a VanHack Premium account, that gave us access to some perks, and an exclusive Slack.

Fast-forward to 2018, and I received a job offer to move to São Paulo. However, I really liked my current employer back then, so I declined the offer. Just the fact that I received an offer made me want to test my interviewing skills with other companies. So I started applying for a couple of job openings, and I was struggling in dealing with all the different versions of my own resume, that was being tailored for each individual job listing I was applying to 😫. Tired of manually changing my resume back and forth multiple times per week, I’ve decided to create a tool to help me with that, and this is how Resume Builder was born. You can check it’s source code here (don’t forget to star it).

After a couple of iterations I was quite happy with the results, so I decided to add the option to use custom templates (which unfortunately it is not available yet on v2) and share it on VanHack Slack, because I thought that it could be useful for more people. So I shared and kinda forgot about it.

A couple of days later a recruiter got in touch with me congratulating for the Resume Builder project and asking me if I knew React. Well, Resume Builder was built with React, and it was my first ever React app, so I told her that, and she was happy and impressed, so she booked me some interviews with some companies in the Netherlands, hooray. I was stoked.

All of that because in the middle of thousands of developers trying to land a job abroad, I was able to stand out thanks to an open source project that honestly wasn’t even using React’s best practices or anything like that, but it was useful, and showed recruiters that I was good at solving problems, I had no problems in learning new things and that I cared about having a good resume.

Back to the interviews, one of the companies send me a React challenge to build a Q&A Single Page Application. Since I was already coding with React for a couple of weeks, I was able to finish the challenge without any trouble. That got me an interview with the tech leader in that company and after that with the CTO, things were looking good.

So one day I was participating in a hackathon when I received an email with a job offer to move to Amsterdam. I wasn’t really planning into leaving my employer on that moment, I just got a raise, and I was in a nice project, but I knew an opportunity like that don’t knock on your door every day, so I said yes, and the rest is history 🇳🇱. 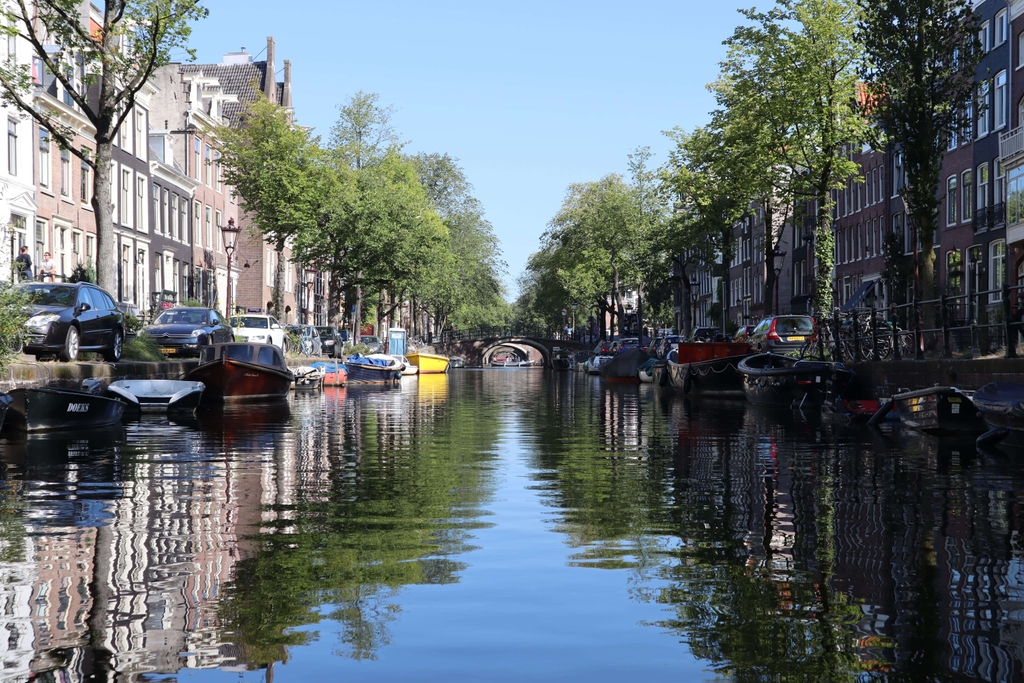 When I look back on how I landed this job in Amsterdam, it all comes down to a simple open source project with a mediocre idea, but it was something more than just having a resume with my name and a list of activities and skills that are really hard to stand out when all other resumes are doing the same thing. If you really want to work abroad, you need to put yourself out there, not necessarily only by making an open source project, but by expanding your portfolio in a way that is meaningful to you. You could write Medium articles, make YouTube videos, a personal website (like this one) and so on. Don't give up. Getting a new job is a numbers game™, and it takes time, so why not use this time to also improve some of your skills?

That’s all I have for you today, I hope my story inspire you to get your dream job.

Practical and very inspiring suggestion on how to do it - thanks Pablo , wish you good luck and all the best.
We use cookies to ensure you get the best experience on our website. By using our website you agree to our Cookie policy